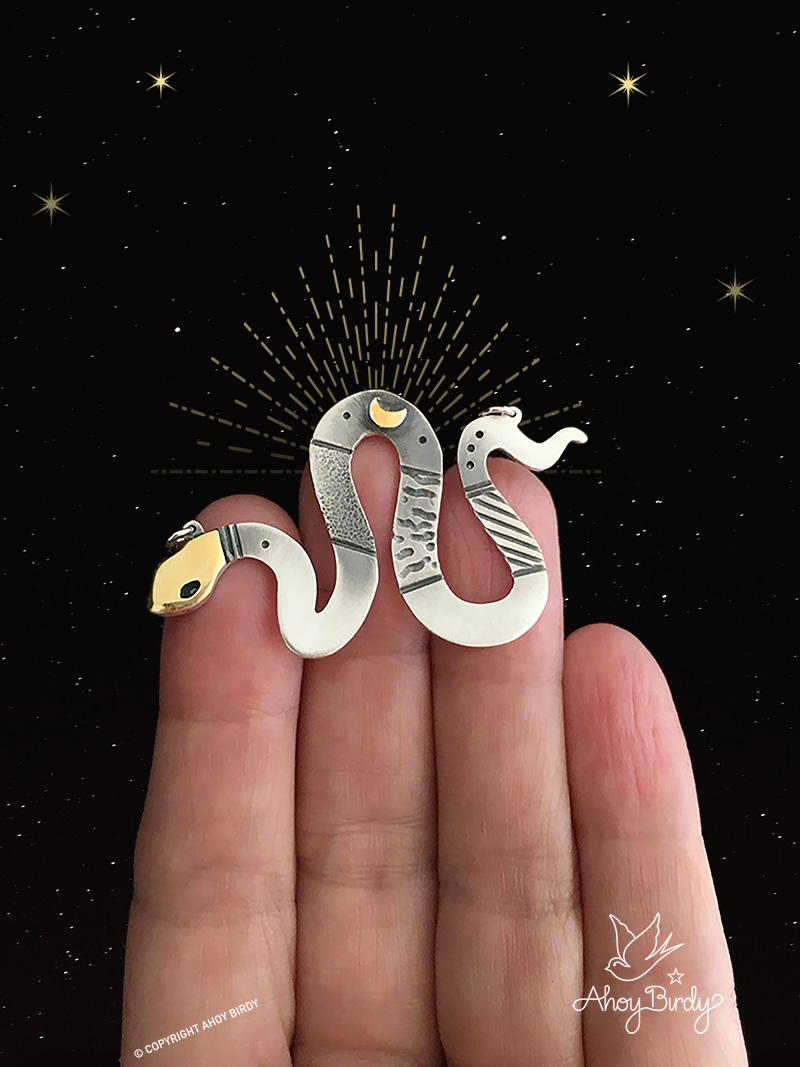 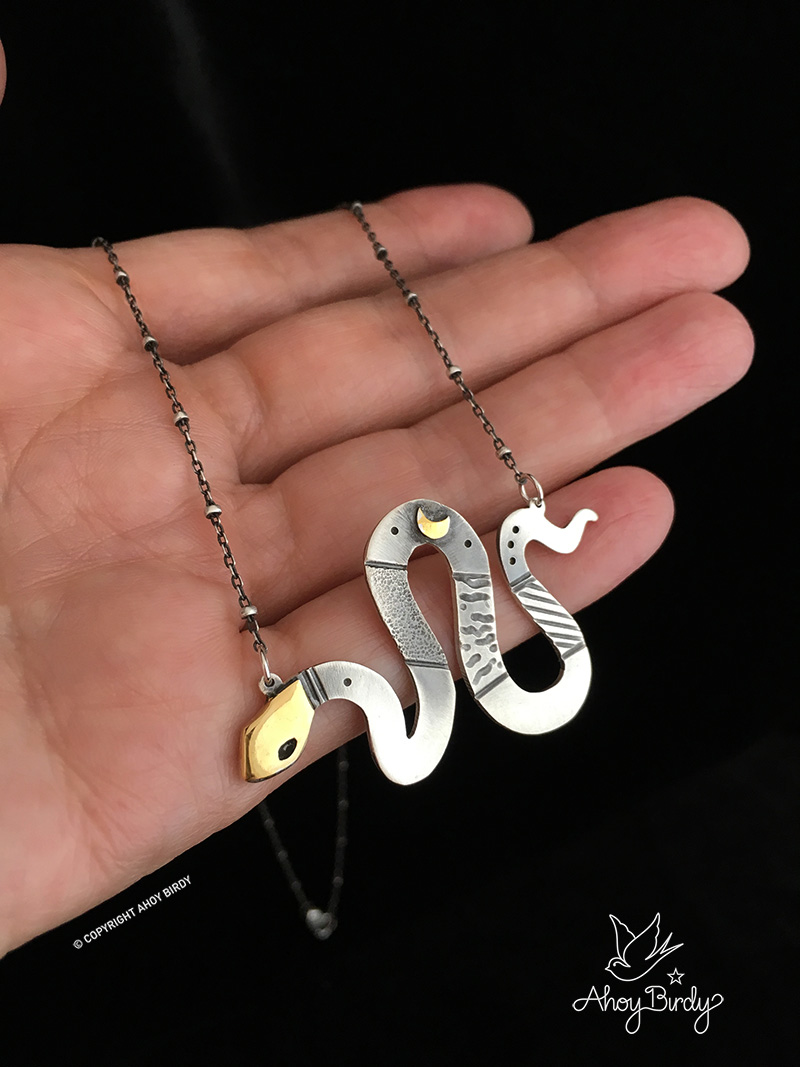 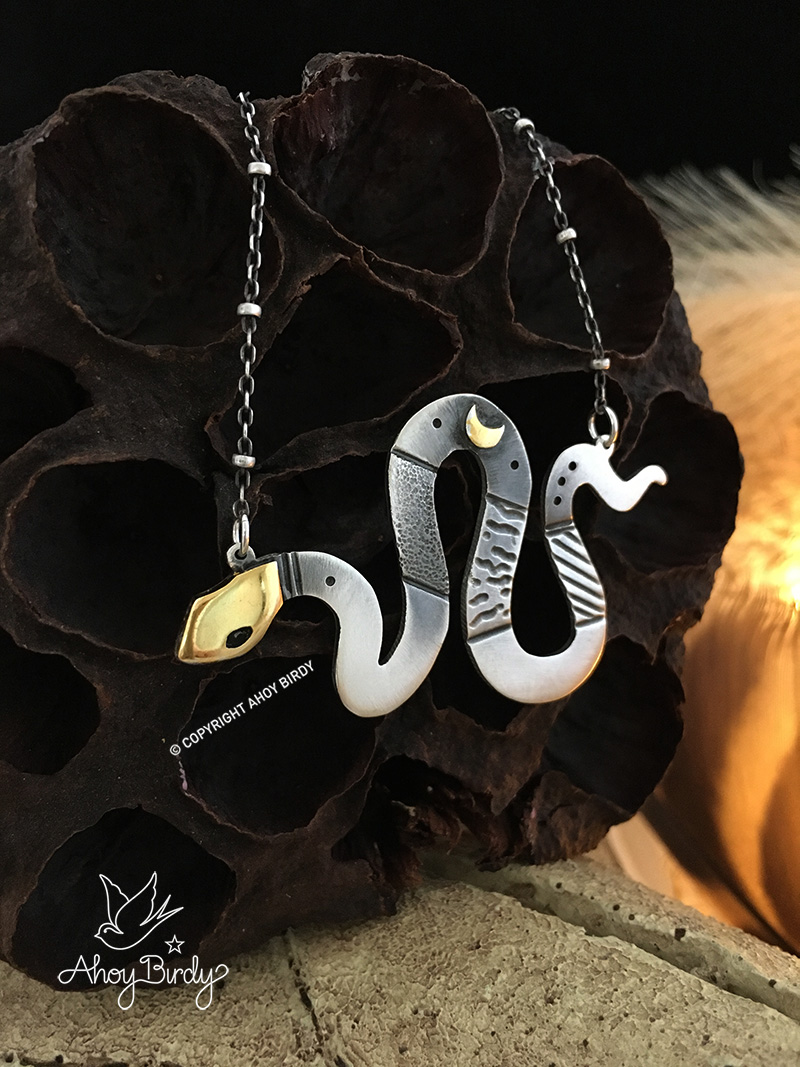 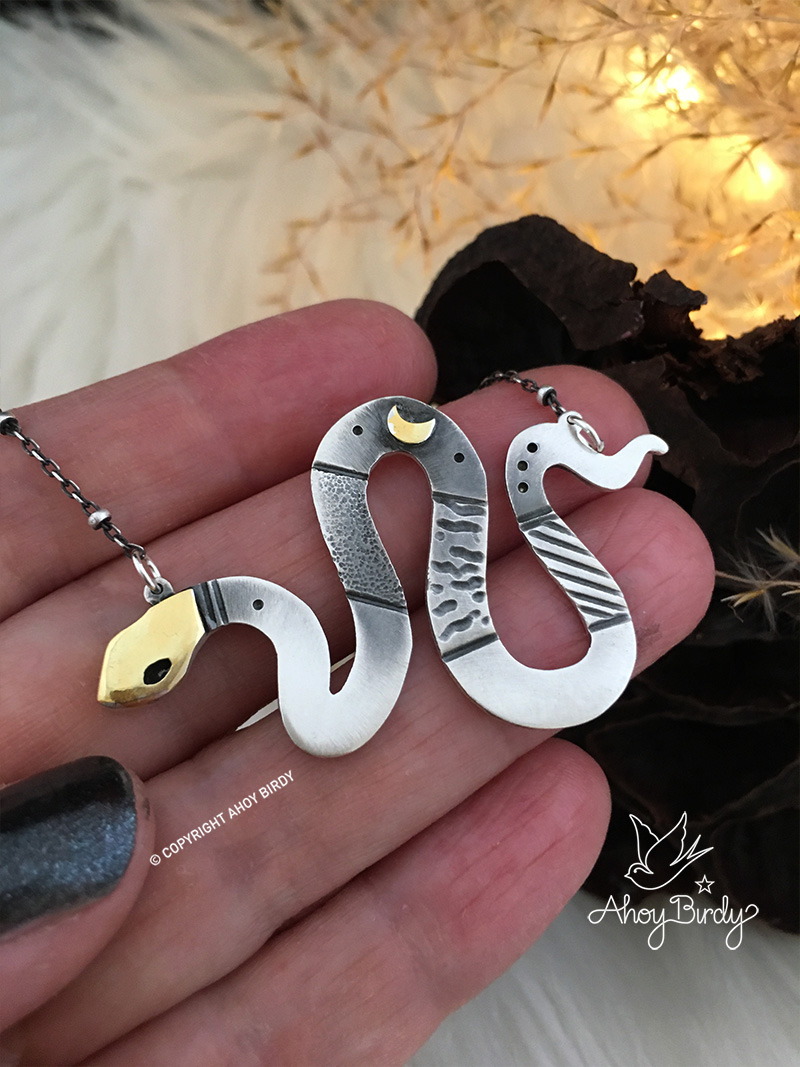 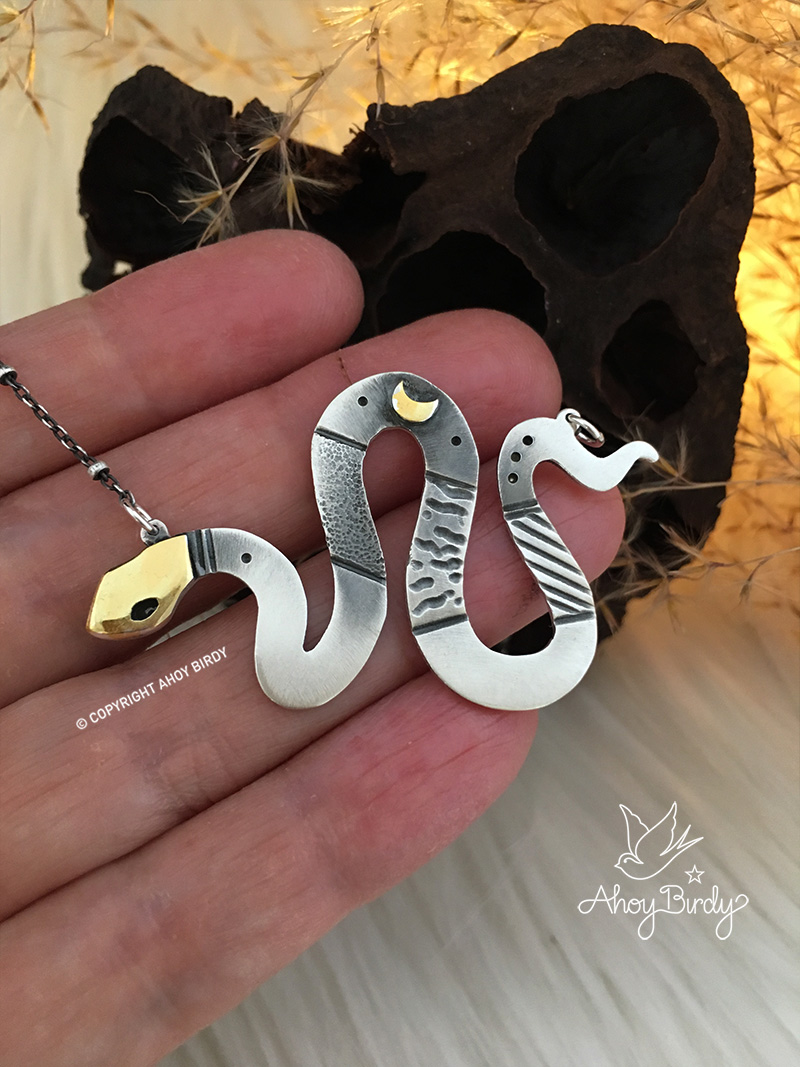 Created from sterling silver and using an ancient Korean technique called Keum Boo to bond 24k gold leaf to the head and moon. The pendant measures 48mm wide x 28mm high and is ready to ship in a gift box.