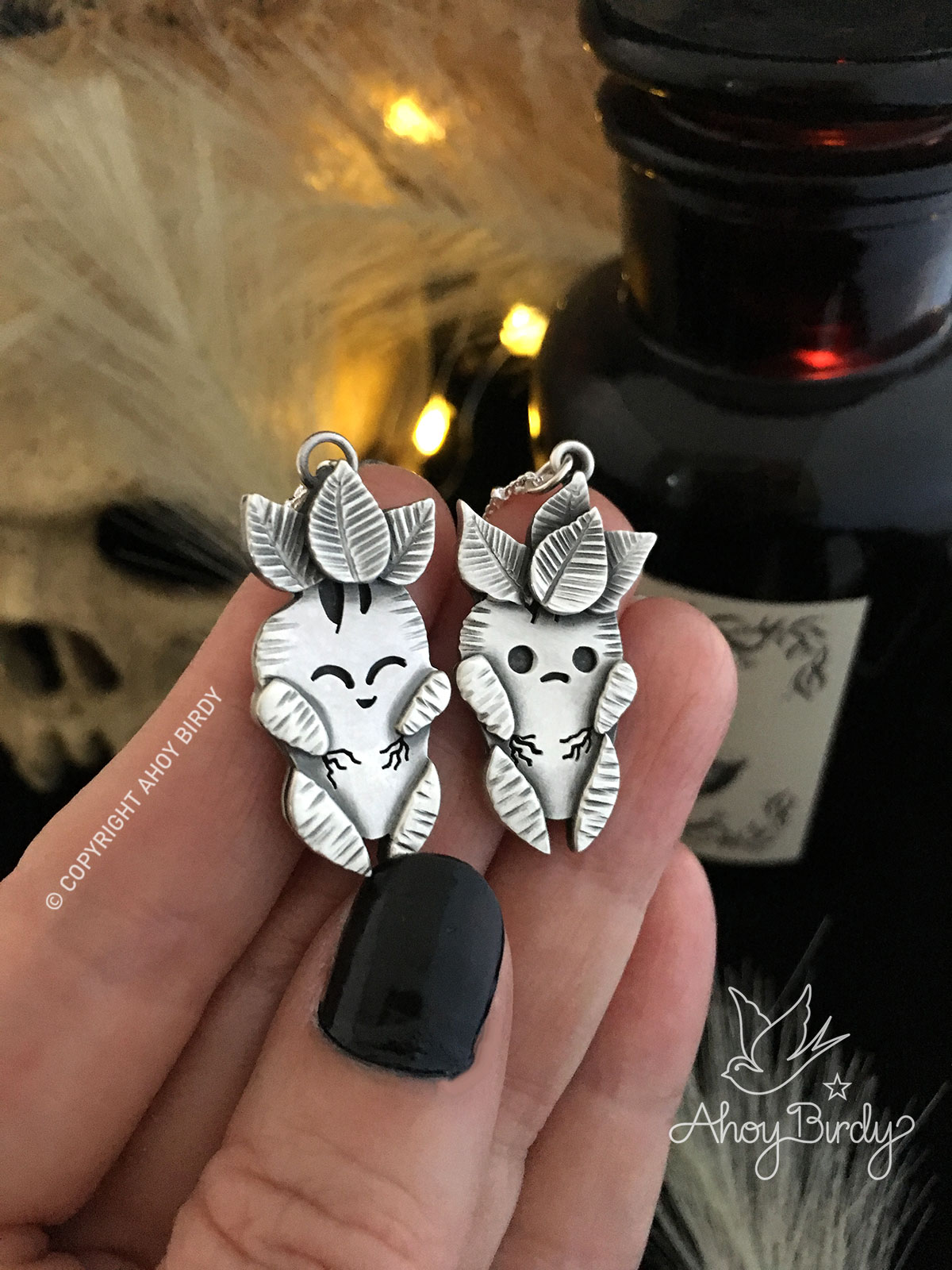 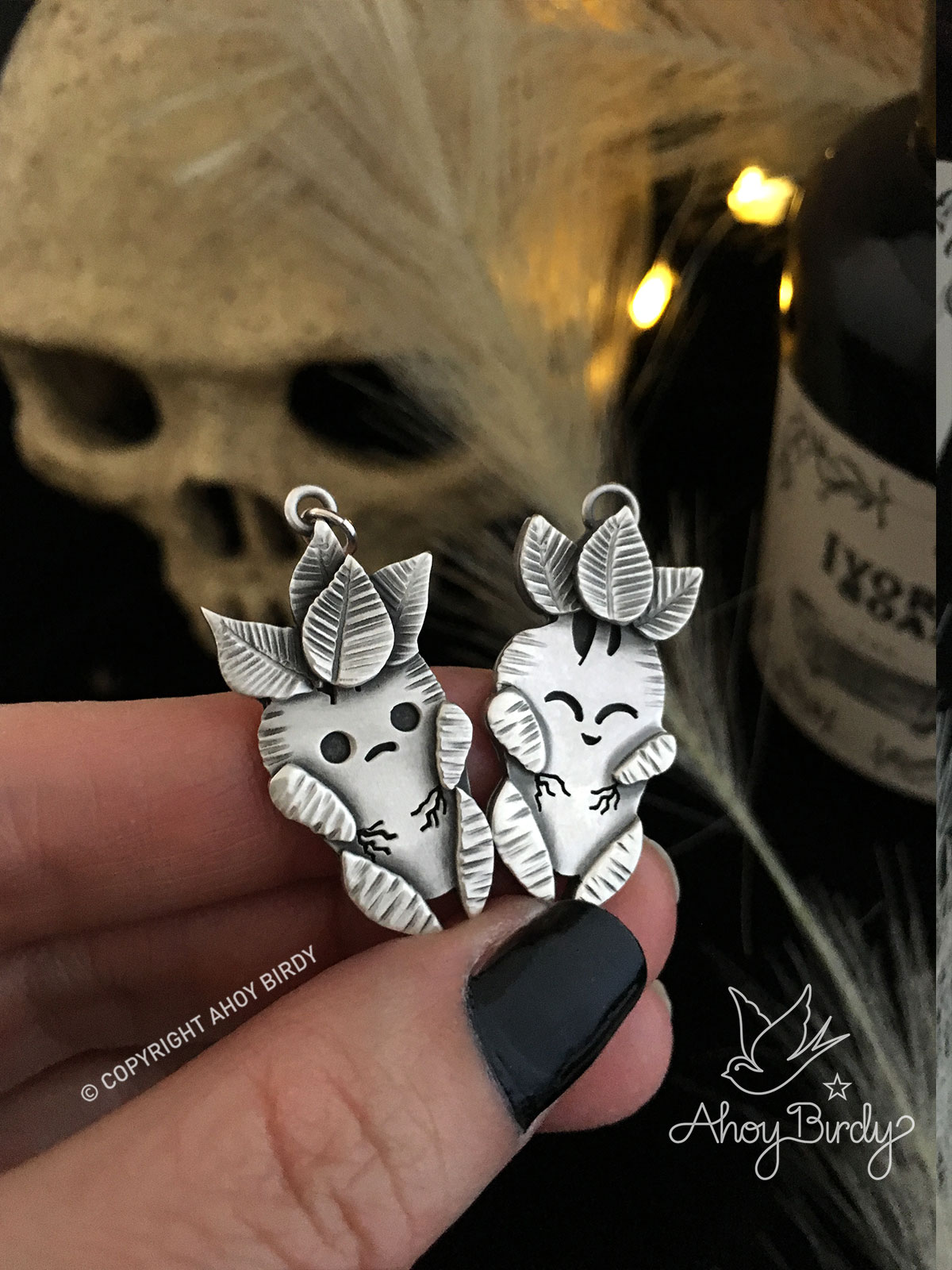 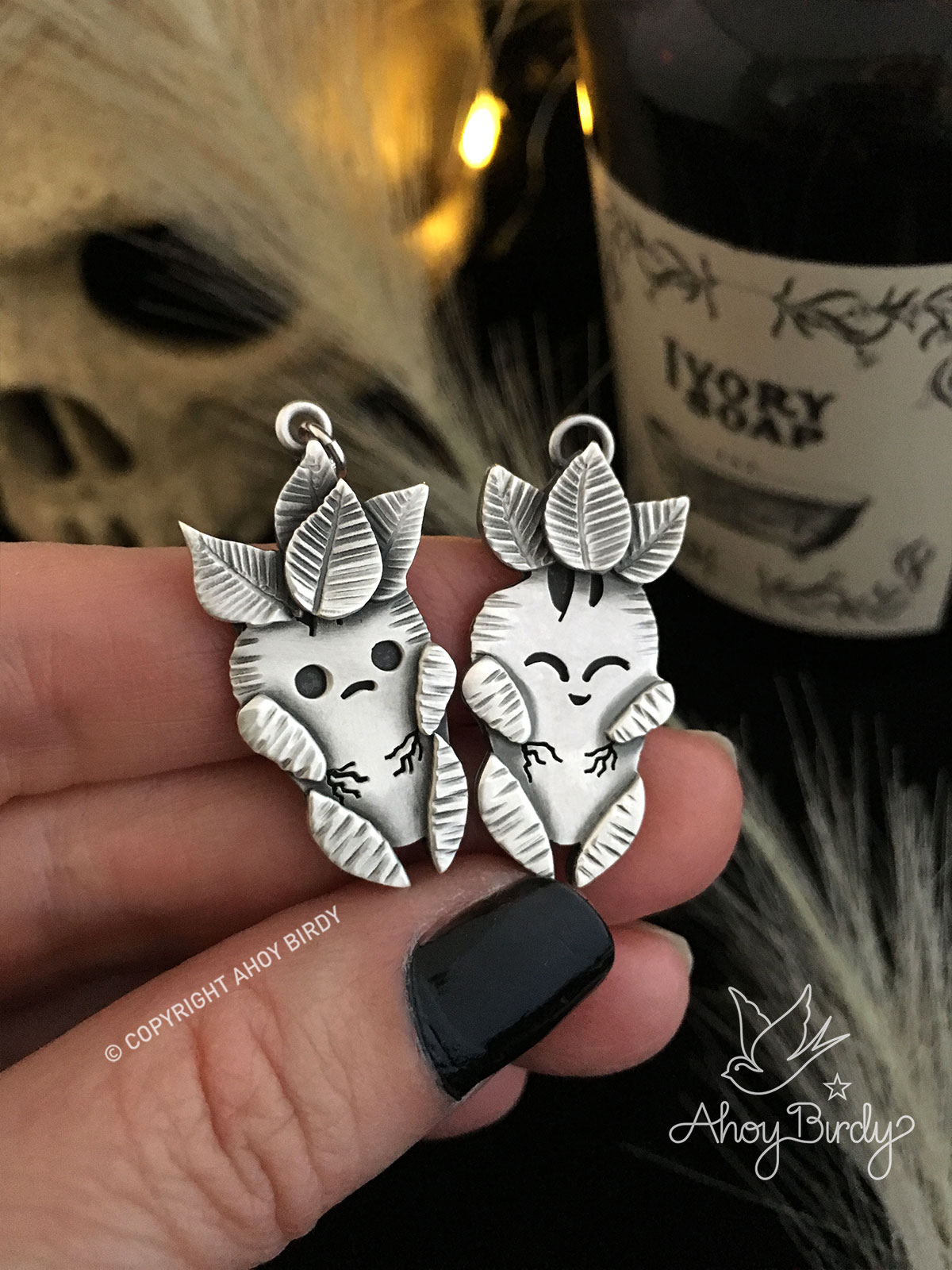 This little cutie is ready to bring you all the luck!

The mandrake root contains powerful ingredients with the ability to cause hallucinations, delirium and, in larger doses, coma. It was also used as a surgical anaesthetic, which led to the mandrake’s association with magic, witchcraft and the supernatural.

Over time people began to wonder whether the possession of a mandrake might bring them success in areas like wealth, popularity, or the power to control their own and other people’s destinies. They were often worn as good luck charms and became highly sought after, this is where the myth of mandrakes being inhabited by demons came about. It stated that anyone who tried to uproot a mandrake would be killed or cursed. The mythology developed further to state that mandrakes would scream when being uprooted to let their owners or guardians (usually a fierce dog) know that they were being harmed.

Ready to ship in a gift box.