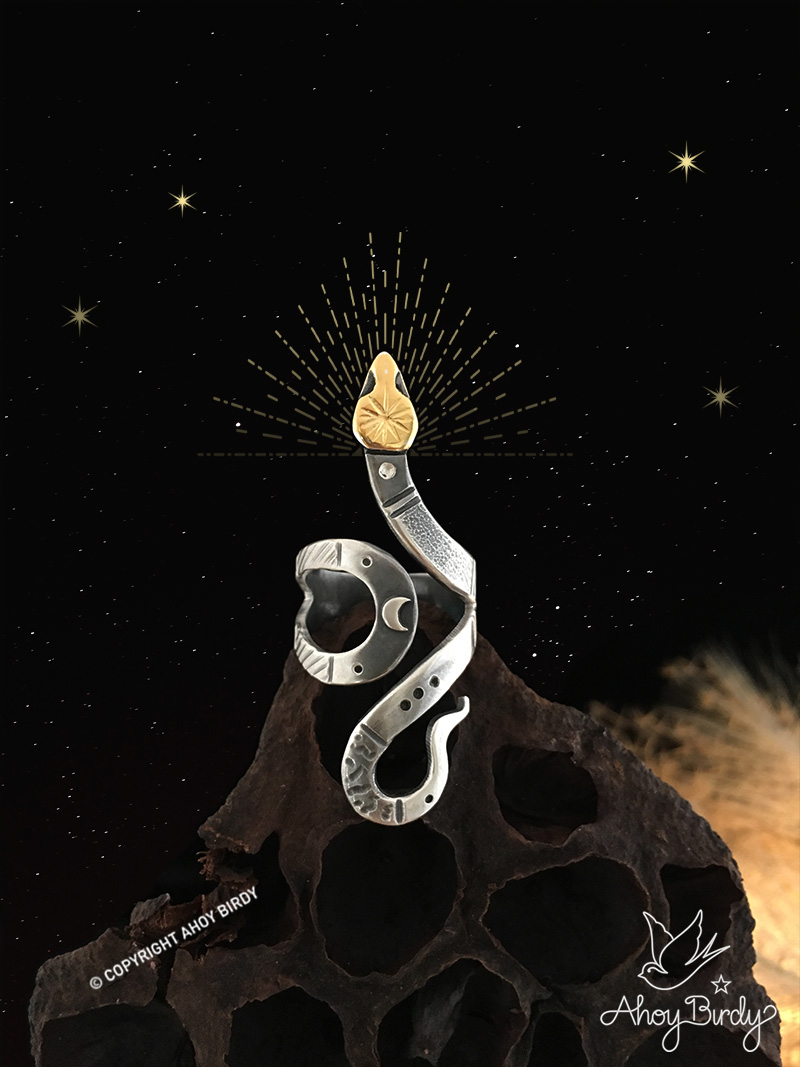 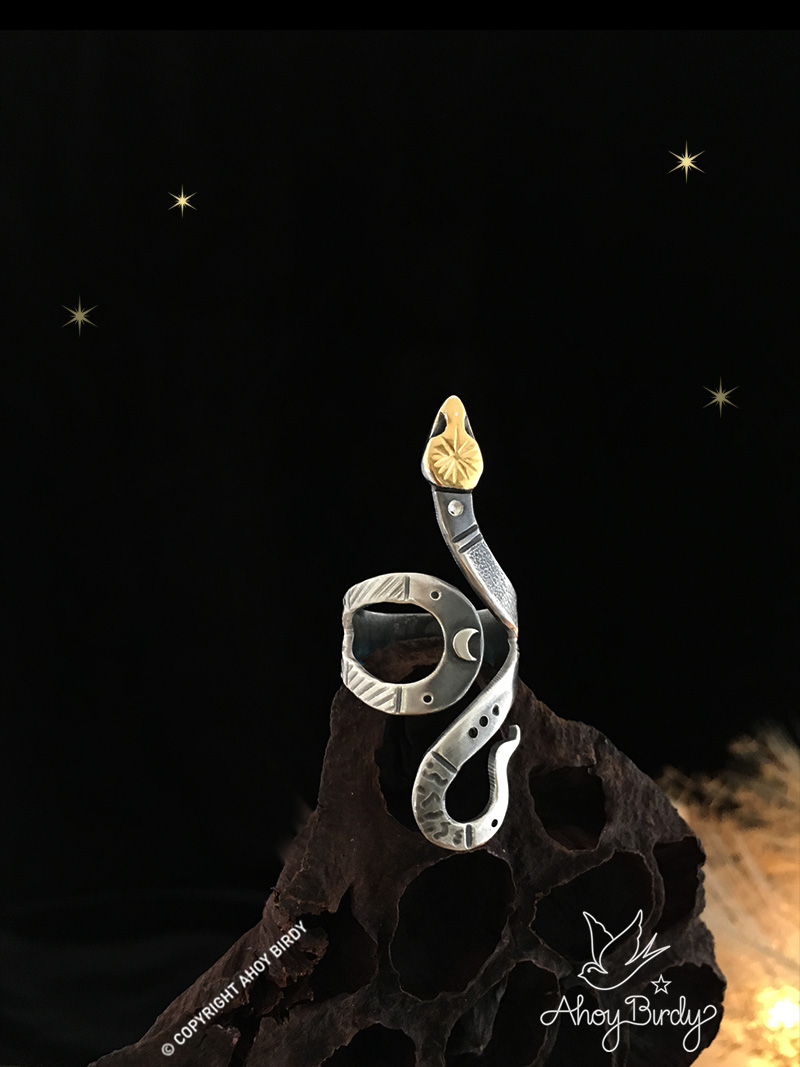 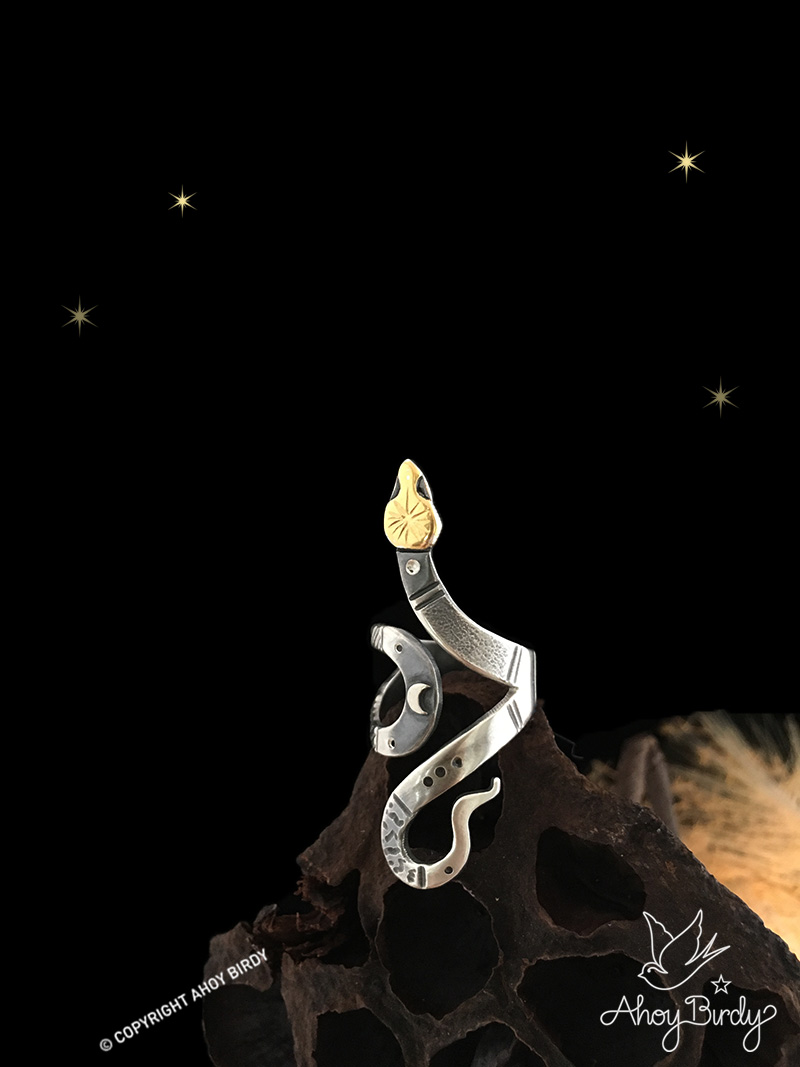 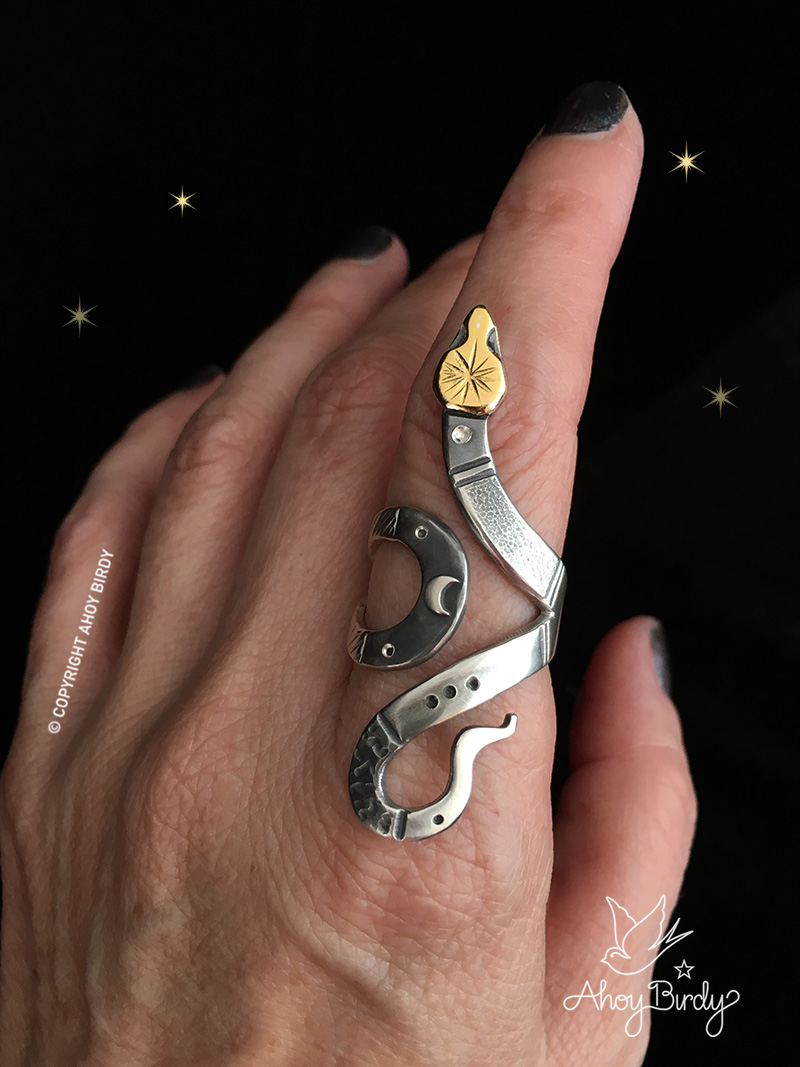 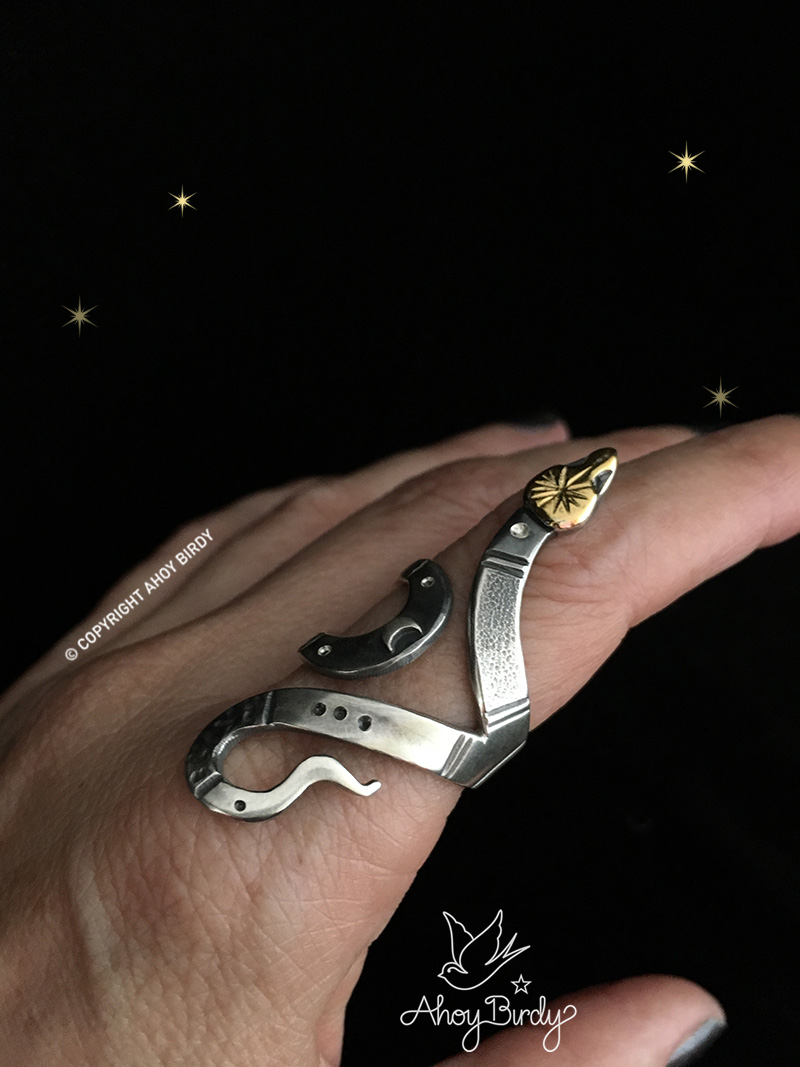 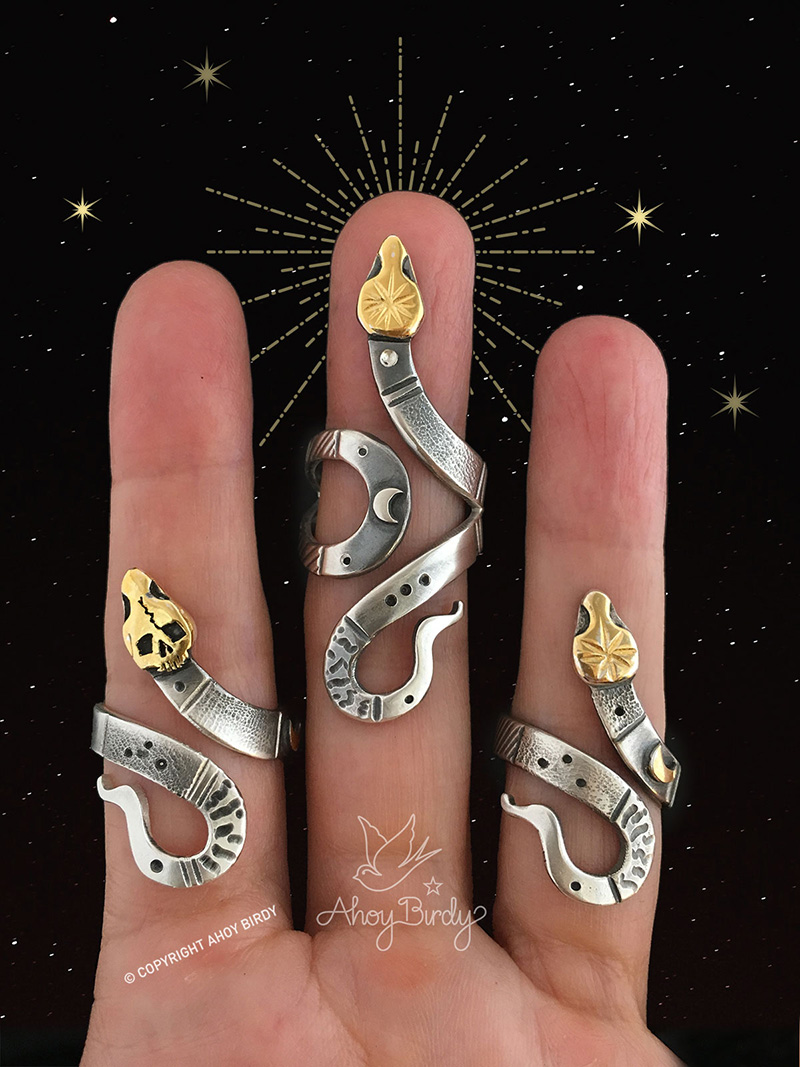 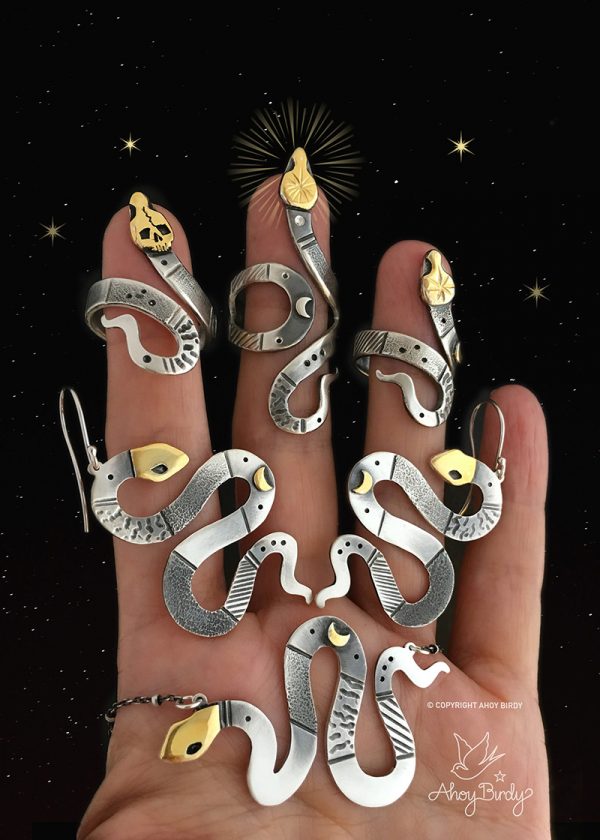 Created from sterling silver and using an ancient Korean technique called Keum Boo to bond 24k gold leaf to parts of the head of the snake. The length of the ring is 50mm from the tip of the nose to the curve in the tail. It’s very comfy and easy to wear.

This ring is a size 8 US and ready to ship in a gift box.