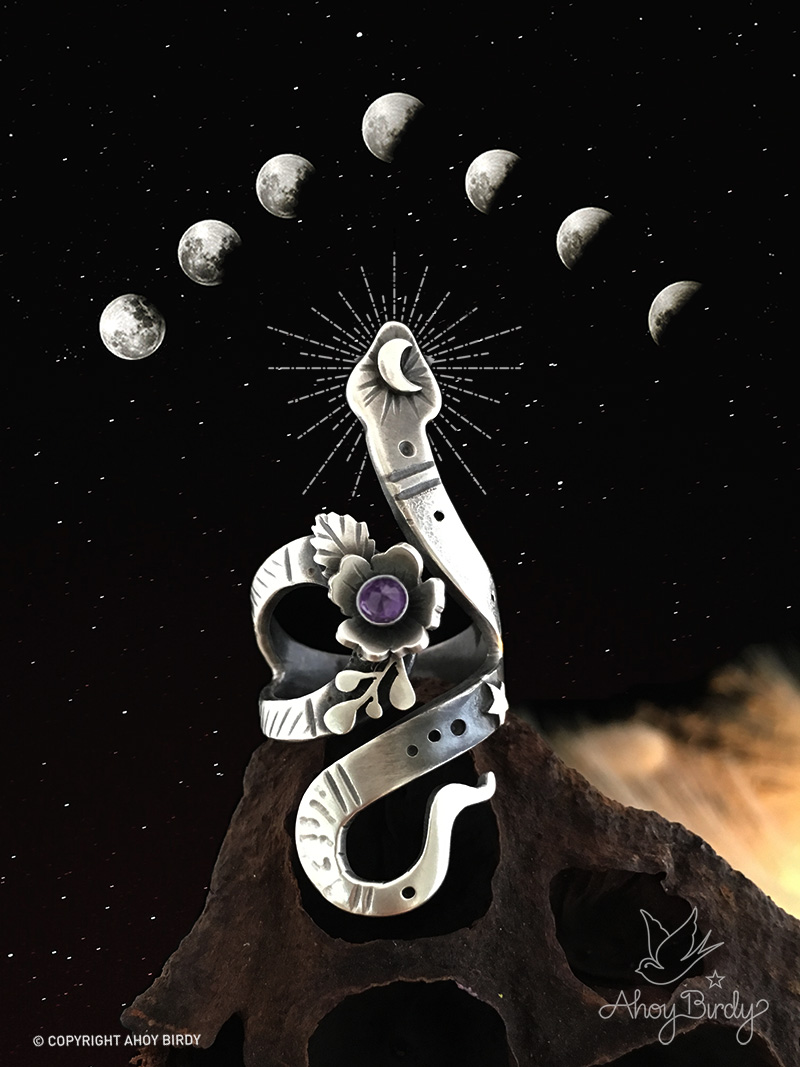 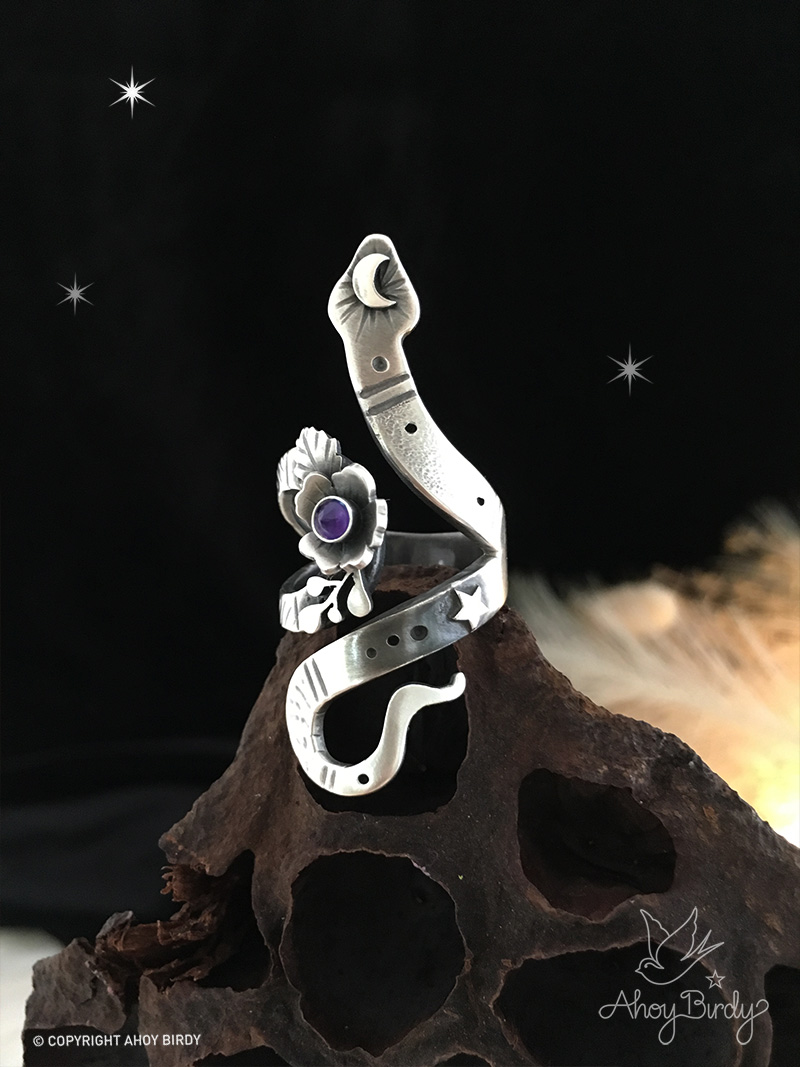 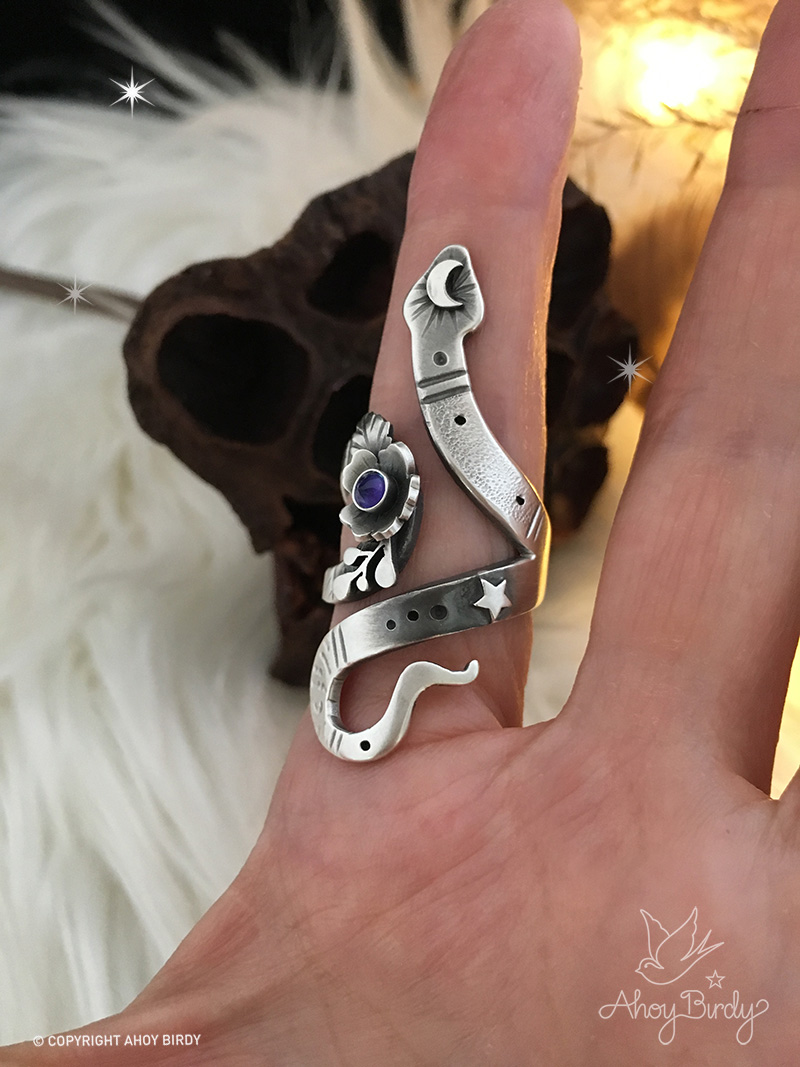 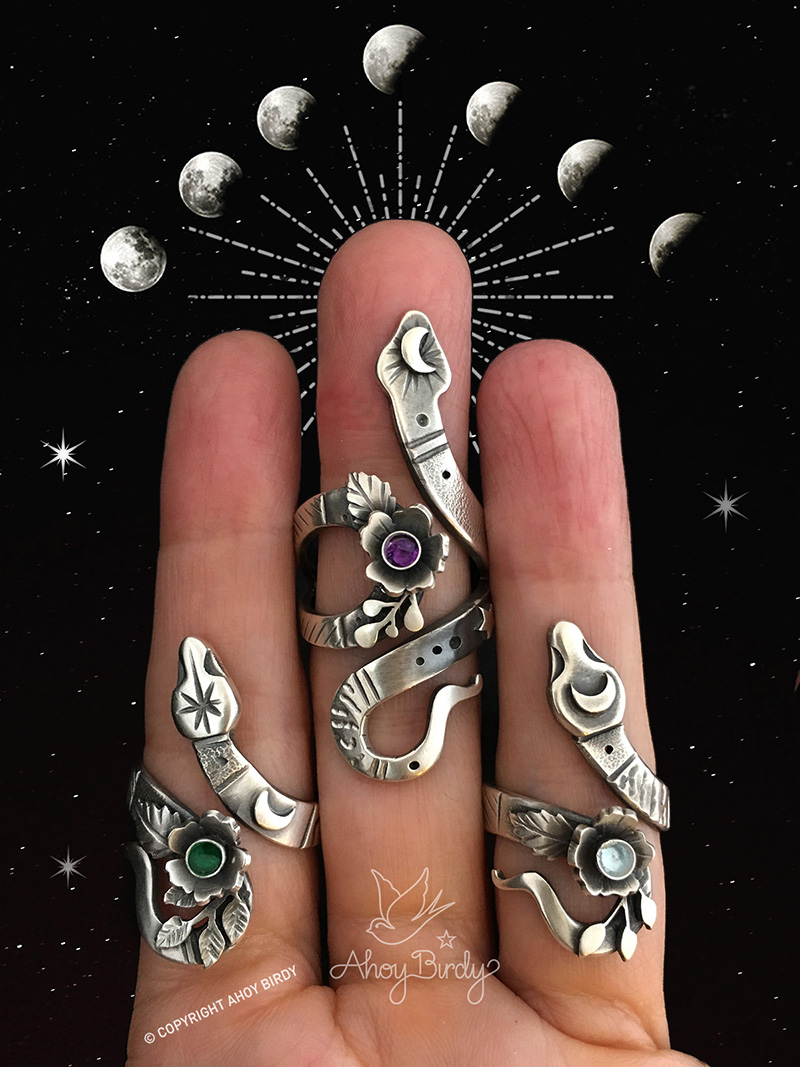 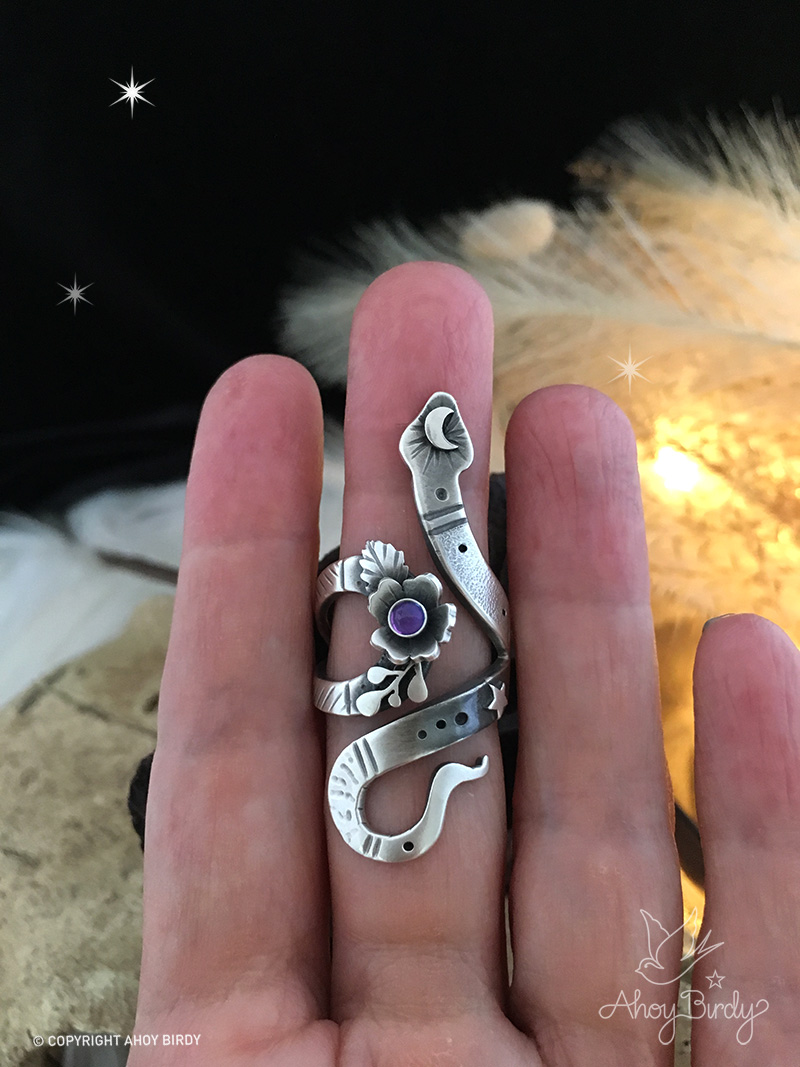 Created from sterling silver, this ring is a size 7 US and measures 40mm from the tip of the head to the curve of the tail. It will ship in approx 3-5 days after the gemstone has been set.